Two new art works by the American artist Richard Nonas will enrich the Museum Gassendi’s collection. Trained as an anthropologist, he thus synthesizes the complexity of our relations to places in site-specific sculptures, that aim at   “reopening and reclosing the part of the world in which they are placed”.

Inauguration of the installation, The col of the half-opened door, at musée Gassendi.

[followed at 7:00pm by the opening of the exhibition, Double exploration. Jean-Jacques Rullier – Alexandra David-Neel, at CAIRN art center]

Inauguration of the artwork, The col of the second day, on the mountain Cousson.

9:00am at Gassendi college. 3 hours of climb, medium level.

OR 10:00am at Entrages on the townsquare. 2 hours of climb, medium level.

At 12:00 gathering and snack at Cousson.

[good walker, be equipped with hiking shoes, 2 liters of water per person, participants should bring their picnic lunch.]

Inheritors of land art, the works by Nonas are built in echo with the sites that host them.

They spread horizontally following the rhythm of the ground that we experience by the act of walking itself.

The use of rough material, of simples shapes and repeated modules seem to make his art come close to a certain minimalistic esthetic. Nevertheless, Nonas’s work distinguishes itself by a very strong sensitive dimension, a fragmented and unexpected structure,  that questions our perception of space and the world. 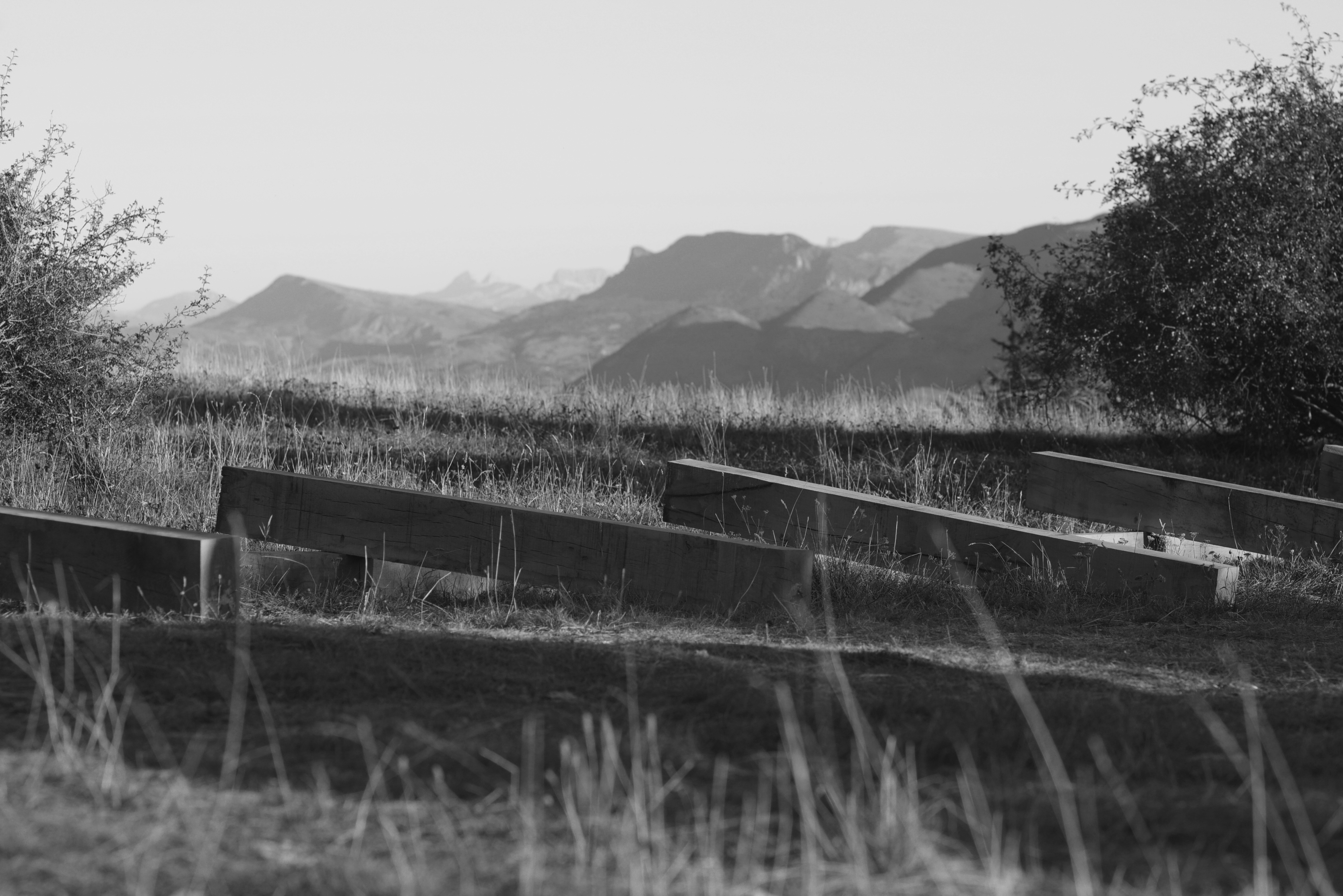 The col of the second day

The col of the second day is an artwork that is made of an alignment of seventy-seven oak beams and installed between two mountain peaks. The artwork refers to the “col” as a passage. Playing with directions and lines, Nonas emphasizes the intermediary space between two places, the gap that opens the way to new horizons.

The search for simple shapes and materials, arranged in the continuity of the surrounding space, brings us back to the essence of the place. The harmonious integration of the sculpture-object in the site makes it possible to see and experiment the work and its environment all at once. 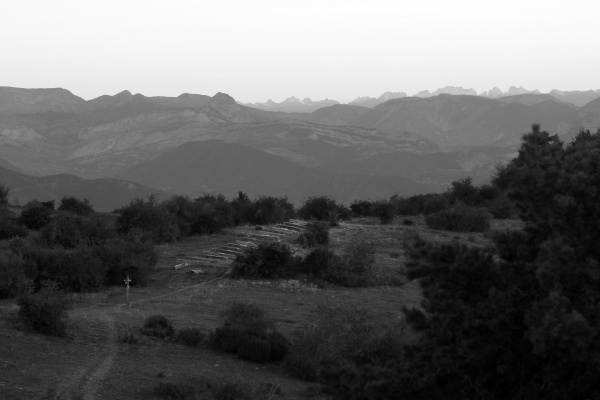 The potentially infinite repetition of the wooden modules invites us to move, evoking the invisible connections that link stories and beliefs, the exchanges and relations between the inhabitants of these mountains. 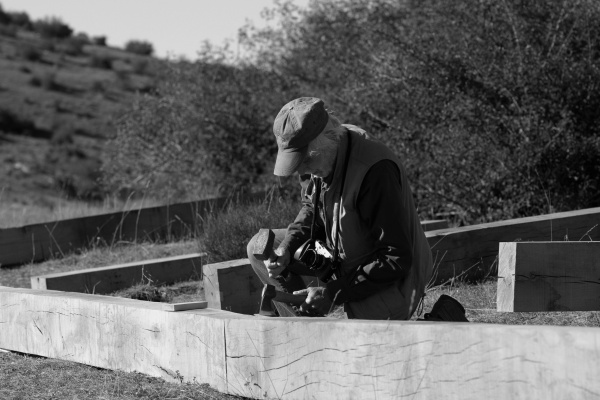 The col of the half-opened door

Evoking the outdoor sculpture, in the Gassendi Museum Richard Nonas arranges some wood oak assemblage in two lines that go from one side to other of the big landscapes paintings room.

He uses primary forms and materials to trigger an immediate emotion, a new perception of the space in which we find ourselves. Nonas isn’t interested in the object as such but more on what he triggers in its interaction with its environment. The objects are tools that have been arranged meticulously in order to create vibrant spaces, that induce doubt and uncertainty, questioning our perception of the world.

The idea of a transitional space, of a slightly opened door, meets with the idea of the « col » as a transitory site, a breach that opens to new possibilities. Thereby a dialogue will be established between the two artworks, connecting the inside of the museum with the outside space, the territory.

Nonas rediscovers the mountain as being a complex and ambivalent place where resides a  “human inhumanity”. A place that integrates in each element its opposite, where the only possible answers are questions. Using this means, the artiste questions the inevitable tension between nature and culture that penetrates also the fields of art and spirituality.

On the same subject