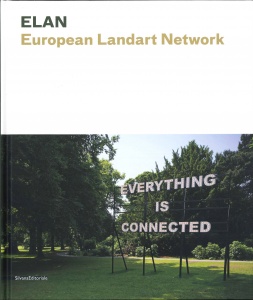 Landscape is a particular cultural concept in Europe, in which the notion of nature implies that there is no human intervention. In this book, we discover artists who were invited to work in situ in nature, to site a work in the landscape and to thereby reveal its historical, social, topographical and biological richness and its diversity.

Thus, in 2012, the European Landart Network (ELAN) was launched by the four main institutions representing Land Art in Germany, Italy, Poland and the United Kingdom. In 2014, two more institutions joined the partnership: the Musée Gassendi / CAIRN Art Centre from France and one from Sweden.

The aim is to develop close cooperation between the six partners in order to improve the transnational distribution of landscape art and the cross-border mobility of artists; to make known the diversity of European culture that is visible in the various approaches to Land Art and landscape in the partner organisations; to gradually open the network of Land Art institutions to other countries of the European Union; and thereby to encourage European integration and cultural identity, but without hampering the regional characteristics of landscape, of nature and of Land Art.