The country of landscapes 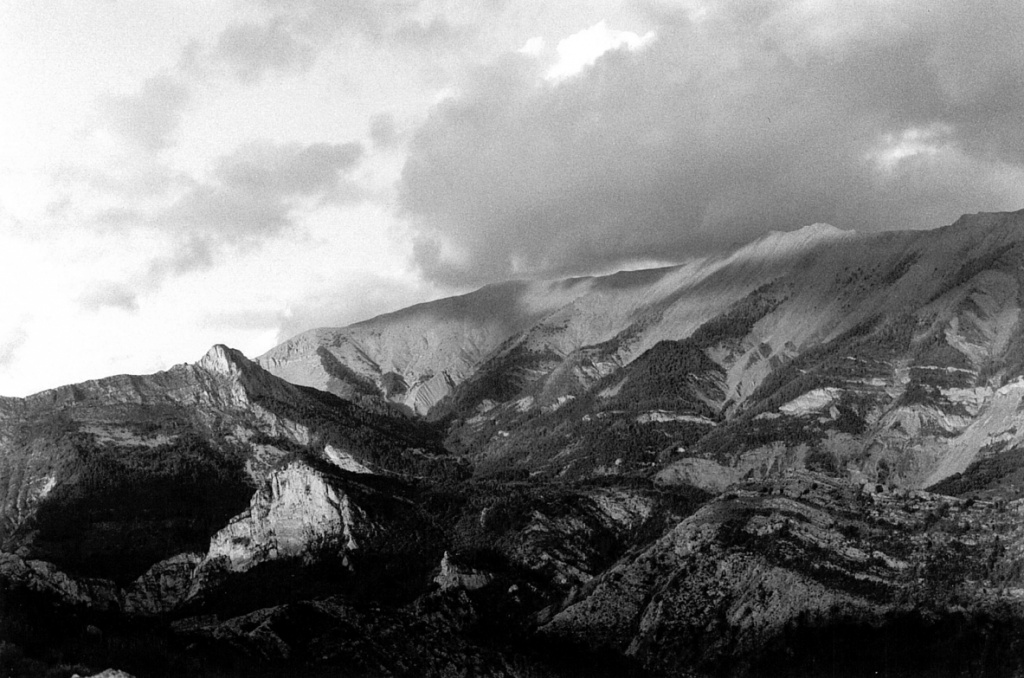 The French photographer-walker Bernard Plossu was commissioned to do the first photographic inventory of the Digne area in the autumn of 1994. Equipped with a Nikkormat (with a 50 mm lens) and a Prestinox (for panoramic views), he worked to reveal, simply, poetically, place after place, image after image, this countryside which becomes landscape. Since then, year after year, Bernard Plossu has returned to walk along the paths, high plateaux, valleys and passes of this part of Haute Provence, to show its beauty and its austerity. The museum now has more than 250 photographs by this artist, which it exhibits in rotation in this space that is devoted to him. The miniature format of the photographs, the finely-shaded black and white, and the framing in which the image floats on a white surface are the hallmarks of this artist who prefers simplicity to the spectacular.