Driven by his interest in pastoralism, he met and listened to several shepherds from the Haute-Bléone area. Among them was 91 year-old Marcel Segond, whose colourful narrative he saw as an essential testimony. Inspired by the words of this man who has lived on this mountain for almost a century, the Sentier Marcel [Marcel’s Path] artistic work is a trail to be explored on foot. It consists in the installation of a series of fragments of Marcel’s narrative along a route which he took throughout his life, thus enabling him to follow a way of life and a mountain path at the same me. Individual memory is thus integrated within collective history. Following the story that you discover while going along the way, visitors can read in the landscape the traces of the upheavals that have impacted these mountains and the life of the local people: from the war against the German invader to the invasion by devastating capitalism, which gradually disconnected people from their living environment.

For more informations about the artist work > here < 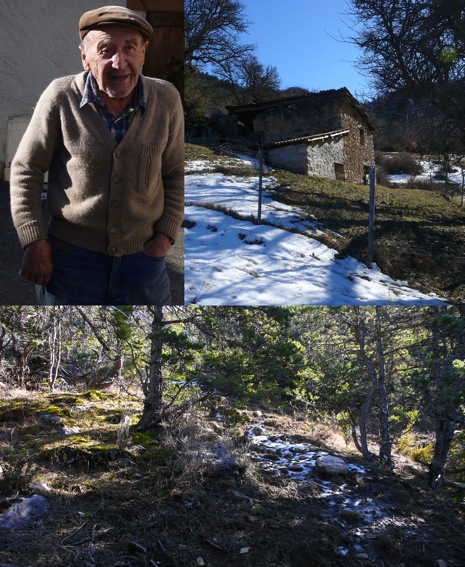